You are here: Home / Kids' Book Lists / 12 YA Dystopian Novels: Binge-Worthy Books To Read If You Liked The Hunger Games

12 YA Dystopian Novels: Binge-Worthy Books To Read If You Liked The Hunger Games

INSIDE: If your teen liked The Hunger Games they’ll love these twelve YA Dystopian novels. Check out these page-turning book recommends!

Families with teens and pre-teens are probably already familiar with The Hunger Games. I know both of my girls loved the books and the movies. Not only did the riveting writing keep them turning the pages, but we spent time hanging out as a family watching the movies together. If your kids have completed the series and are hungry for more, here’s a list of twelve Young Adult novel books to reserve at the library for them.

Before we jump into the list of twelve must-read YA dystopian series, a couple of frequently asked questions for parents!

What age are YA novels for?

Young adult fiction (often referred to as YA novels), while popular with many ages, are explicitly written for readers between the ages of 13 to 18. YA books typically explore a teen’s initiation into an unfamiliar world, focusing on coming-of-age experiences.

What is a YA series?

YA Series (Young Adult Collections) of fiction books, written for teenage readers, often follow a core group of characters through a series of adventures. Each book has individual merit but is more engaging as a set.

What does YA dystopian mean?

Young Adult (YA) dystopian is coming-of-age fiction written for readers 13 to 18 years of age; a teenage protagonist often rebels against excessive social control or intense repression of unjust authority.

12 Binge-Worth YA Dystopian Series: Books To Read If You Liked The Hunger Games

1. The Arc of the Scythe Trilogy By Neal Shusterman

“It reminds me a lot of the Hunger Games.”

It is set in the far future, where death by natural causes has been virtually eliminated thanks to advances in technology, and an advanced computer system known as the “Thunderhead” controls society.

2. The Delirium Trilogy By Lauren Oliver

“I absolutely LOVED this series! I actually ordered more books from this author because this was so good!”

The Delirium Trilogy follows a teenage girl called Lena in her adventures and battles against a government that claims Love is a disease. In this society, once you reach 18 years old you are required to have an operation that “cures” you of the Love Disease – amor deliria nervosa.

“Absolutely incredible young adult book series. Shusterman is an artist who excels in his craft and moves readers at their core.”

Unwind is a four book dystopian series about a society where unwanted teens are salvaged for their body parts and three runaways fight the system. Boston Globe/Horn Book Award winner Neal Shusterman challenges readers’ ideas about life — not just where life begins, and where it ends, but what it truly means to be alive.

The novel is a dystopian young adult novel about a tightly-controlled society in which young people are “matched” with their life partners at the age of 17. The main character is seventeen-year-old Cassia Reyes, who is Matched with her best friend, Xander Carrow.

5. The Giver Quartet By Lois Lowry

“I was fascinated by the implications in sociology, political science, economics, and the moral and ethical dilemmas presented in the stories… in a medium that even the most naive teenager could not only understand but enjoy. “

The Giver Quartet is a series of four books about a dystopian world by Lois Lowry. The Giver won the 1994 Newbery Medal and has sold more than 10 million copies. The story takes place in the world of the Giver. Each book has a different protagonist, but is set in the same futuristic era.

“An epic fantasy in the Tolkien tradition, with a strong girl hero. . . . I couldn’t put it down!”

Maerad is a slave in a desperate and unforgiving settlement, taken there as a child when her family is destroyed in war. She doesn’t yet know she has inherited a powerful gift, one that marks her as a member of the noble School of Pellinor and enables her to see the world as no other can. It is only when she is discovered by Cadvan, one of the great Bards of Lirigon, that her true identity and extraordinary destiny unfold. 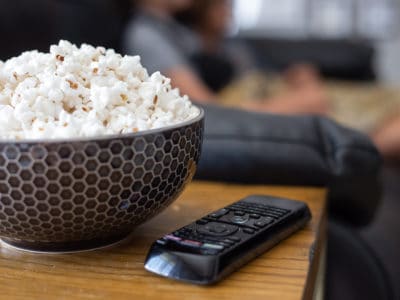 The Best Teen Movies On Netflix To Watch With Your Daughter 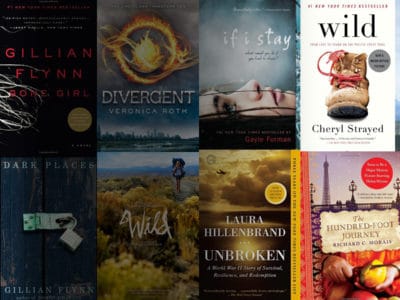 10 Books to Read BEFORE You See the Movie

“This is one of the best books I’ve ever read and I feel like it is very relevant to the state of affairs in today’s world.”

“This is one of my all time favorite series. It Captures you like Narnia does. But in much more menacing and mysterious way. It’s about a family, drawn together in a time of great crisis to rescue a loved one. Their journey leads them to facinating and suprising places. “

When the Kings move from L.A. to a secluded small town, fifteen-year-old Xander is beyond disappointed. He and his friends loved to create amateur films . . . but the tiny town of Pinedale is the last place a movie buff and future filmmaker wants to land. But he, David, and Toria are captivated by the many rooms in the old Victorian fixer-upper they moved into–as well as the heavy woods surrounding the house. They soon discover there’s something odd about the house.

She’s sixteen. He’s seventeen. They don’t know each other…at least not yet. She has a secret and her whole life revolves around keeping it. Every few months and with little warning, she simply disappears, pulled into the past for hours or even days. She’s terrified it will happen in front of someone, changing her life forever. So far, the only witnesses have been her parents, and that didn’t end well.

“In the absolute best way possible, this series will break your heart and build it back up only to continue the cycle. This is the series that shows what happens when the good guys lose, but it still has the best ending. “

Chaos Walking is a young adult science fiction series written by U.S.-born British novelist Patrick Ness. It’s set in a dystopian world where all living creatures can hear each other’s thoughts in a stream of images, words, and sounds called Noise.

11. The Legend Series By Marie Lu

“My newest obsession. A series I couldn’t put down. I felt so emotionally attached, like I was the character narrating the chapter. Although the tears poured like my heart was breaking during these scenes and I had lost all hope at the end of book 3, there was a beacon of light offered that leaves so much opportunity for true love.”

What was once the western United States is now home to The Republic, a nation perpetually at war with its neighbors. Born into an elite family in one of the Republic’s wealthiest districts, fifteen-year-old June Iparis is a prodigy being groomed for success in the Republic’s highest military circles.

12. The Grace Year By Kim Ligget

“First and foremost, the premise of this story was compelling, captivating and just plain unique. Someone described this book as being a combination between The Handmaid’s Tale and Lord of the Flies, and I must admit it’s the perfect comparison. “

A rebellious 16-year-old is sent to an isolated island for her grace year, when she must release her seductive, poisonous magic into the wild before taking her proper place as a wife and child bearer. In gaslit Garner County, women and girls are said to harbor diabolical magic capable of manipulating men.

“Great book for anyone who liked The Hunger Games and similar books, with a couple of good plot twists too! Written for teens but fun for adults as well.”

Upon graduating from school, Malencia “Cia” Vale of the Five Lakes Colony is chosen to take part in the Testing, a rigorous yet mysterious process by which young adults are selected to attend University. At first, she is overjoyed at the news, but her father privately tells her of his own vague memories of the Testing.

Love this collection of YA novels for fans of The Hunger Games? Sharing it would make our week. 💛

It would make our week if you took a second to share this list of YA dystopian novels on your favorite social media spot. That’s how we know we’re on the right track and should continue writing more posts like this!

Also, if you or your teen have read any of the book recommendations above, we would love to hear your thoughts in the comments.