Overwhelmed by the giant catalog of options on Netflix? Check out this list of the best teen movies, documentaries, and series currently streaming on Netflix. 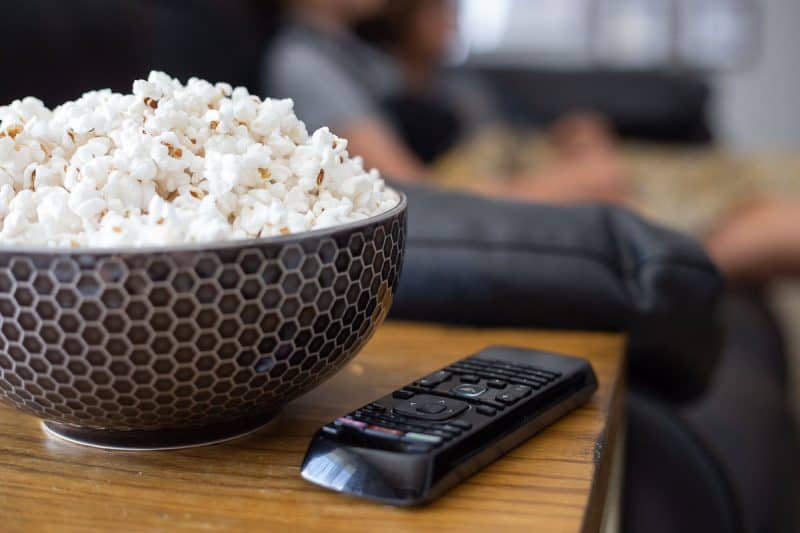 Snuggling in with a bowl of fresh popcorn and watching a movie or two is a great way to connect with your kids. The sheer number of choices on Netflix can be overwhelming. Here is a list of some great options that are streaming on Netflix for you to enjoy with your tweens and teens.

What are you in the mood to watch? Below you'll find a few of our family's top Netflix recommendations including:

Before watching any of the Netflix suggestions below, please take a moment to review the movie, documentary or series on Common Sense Media. We love this parent resource! You'll find a review of the suggestion, an age recommendation, as well as lists of great teaching moments.

At our house, we believe that watching movies is also a great way to dabble in conversations about friendship, romantic relationships, sex, drugs, and a variety of other deep conversations that we need to start having with our kids during this developmental period in their lives. Choose your movies, documentaries, and series and then pop on over to Common Sense Media so you can be prepared to pause and chat.

Before we dive into the different movie, documentary, and series options available for tweens and teens on Netflix right now, I want to say that my personal Netflix favorite is Anne With An E. I watched this artistic series with both of my girls (12 & 14) and the conversations that arose as a result were engaging, in-depth, and relevant to their tween/teen developmental stages. While this dark and intense retelling of Green Gables is not for all Anne fans, our family absolutely adored it, and I highly recommend it. 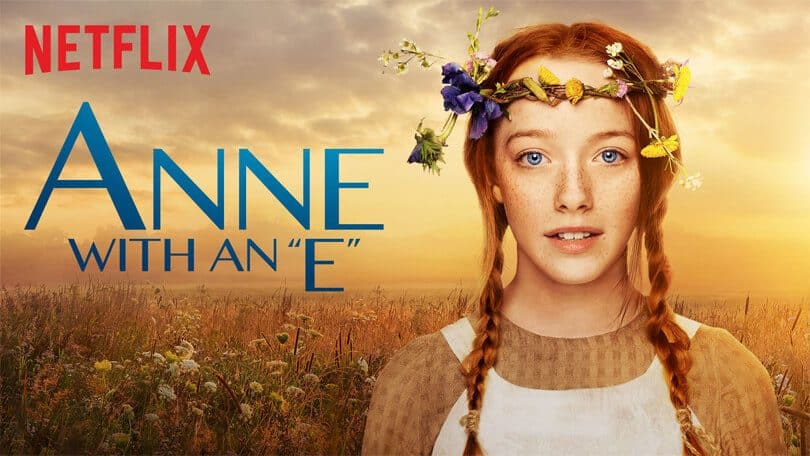 Anne With An E

Parents need to know that Anne with an E is a reimagining of the classic coming-of-age story Anne of Green Gables about an imaginative orphan who's adopted by elderly siblings. This show's focus is less the lighthearted missteps L. M. Montgomery's impulsive young Anne and more how her circumstances continue to cause her grief among those she meets in her new hometown.

Concerns common to the timing of this 19th-century story -- hunger, verbal abuse, financial strain, and even the farming culture -- may seem foreign to some kids who watch, but the issues that affect Anne most directly are relevant today. She's bullied, ignored, and underestimated because of people's first impressions of her orphan status, and she faces prejudice at every turn.

These emotional matters are central to this unique interpretation of the Green Gables story, so it's not necessarily a great fit for young kids who have seen other productions about Anne. That said, she remains an exceptional role model for her ability to overcome adversity and remain true to her identity, and in this story, she also emerges as a champion for the then-foreign cause of gender equality. (via Common Sense Media)

Families can talk about what accounts for Anne's indomitable spirit. Are people born with their personalities intact, or does a person's nature evolve through life experience? How does Anne's past teach her to treat others? Would you have a similar sense of perseverance if your past resembled Anne's? What are other character strengths that help Anne thrive? (via Common Sense Media)

The different episodes bring up a variety of in-depth topics you can discuss with your tween and teen including gender equality, school bullying, prejudice, status quo, sexuality, menstruation, verbal abuse, financial hardship, suicide, and family values.

WATCH THE SERIES ON NETFLIX

3 of the Best Teen Movies Currently Streaming On Netflix

Netflix has a variety of made-for-teen movies. Grab the popcorn! Here are three to check out with your tween over break. 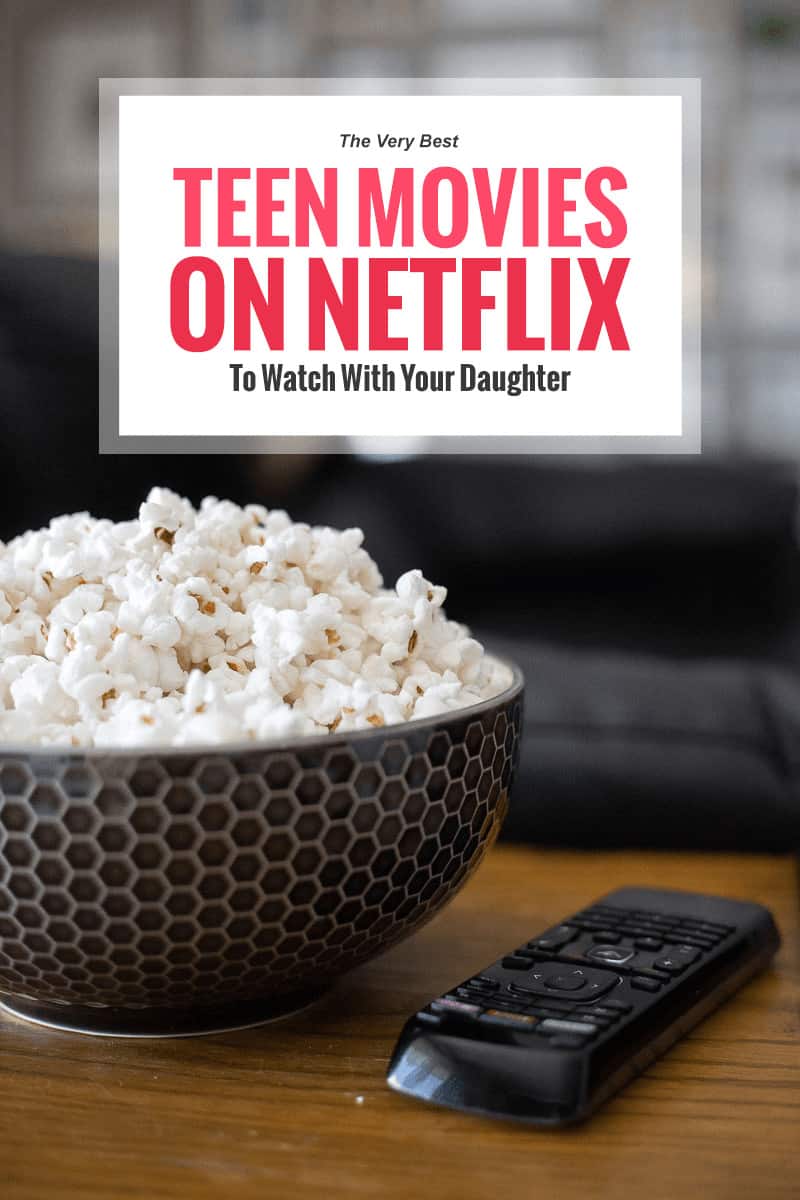 1. To All The Boys I've Loved Before

Parents need to know that To All the Boys I've Loved Before is based on the popular same-named YA novel by Jenny Han. It tells the story of Lara Jean (Lana Condor), a Korean American teen whose secret letters to her five crushes are sent out by her well-meaning little sister.

To Lara Jean's dismay, a video showing her kissing Peter in a hot tub circulates online and is misinterpreted. What are some of the ways kids can protect themselves from cyberbullying? (via Common Sense Media)

2. Sierra Burgess is a Loser

Parents need to know that Sierra Burgess Is a Loser is a high school-set romantic comedy about a teen (Shannon Purser) on the fringes of the social structure who pretends via text and telephone to be her beautiful, popular rival for the affections of the boy she's crazy about. That Cyrano de Bergerac-like plot, in addition to the movie's commentary on the split between truth and appearance, heightens the main character's self-discovery. (via Common Sense Media)

How did the filmmakers change the character of the traditional "mean girl" in this movie? What did they want you to know about Veronica? Did it change your perception of her? In what way? (via Common Sense Media)

WATCH IT ON NETFLIX

Parents need to know that Dumplin' is a fun, inspirational comedy -- with a dramatic core -- about a plus-size teen (Danielle Macdonald) who challenges cultural norms when she signs up for the small-town Texas beauty pageant that her mother (Jennifer Aniston) manages. The humor, some of it based on good-natured stereotyping (Southerners, drag queens), is finely balanced with serious issues that are treated with insight and empathy. (via Common Sense Media)

Is Willowdean a role model? Why or why not? Do the filmmakers portray her appearance with dignity? What about Aunt Lucy? Millie? (via Common Sense Media)

A Parental Warning — The Kissing Booth

A quick parent-to-parent note... I was disappointed in Netflix for creating this movie and labeling it TV-14. I am thankful I watched it WITH my daughter. I felt the messages it portrayed about drinking, friendship, and sex were completely inappropriate. The only saving grace was that it led to a variety of meaningful conversations. If you think there is a possibility your kiddo has already watched this or will gravitate toward the light-hearted title... WATCH THIS MOVIE *WITH* THEM.

Parents need to know that The Kissing Booth is a teen romcom adapted from a popular ebook of the same name written by a 15-year-old. It definitely delivers on the title's promise: There's lots of kissing, some brief making out, undressing, and implied sex. Main character Elle (Joey King) also appears in bra and underwear several times.

It offers a good chance to talk to teens about Noah's bad-boy appeal and how violent, controlling behavior is a serious red flag in real life, as well as the wisdom of basing a relationship on a promise that someone will change. Fighting and bullying violence includes punches, body slams, wedgies, and a few bloody injuries. Strong language includes "f--k," "s--t," and "d--k." Teens drink to excess at parties, indulging in multiple shots, keg stands, and a relay race that includes chugging beer. Expect plenty of high school stereotypes and an idealized, wealthy, mostly white, LA lifestyle. (via Common Sense Media)

Families can talk about how the romantic lead in The Kissing Booth is a "bad boy." Why is that appealing? What other movie bad boys have you seen, and which is your favorite? Why?

What did you think of the teen drinking? Was it realistic? Were there any consequences? (via Common Sense Media)

If your kids have already burned through the movies above, here are a couple of additional suggestions! All of these great titles are currently streaming on Netflix (as of December 26, 2018).

Please be sure to review these on Common Sense Media!

What would you add to this must-watch list for your daughter? We'd love to hear your suggestions for sons, too. Share Netflix film, documentary, and series suggestions with other parents and us here on Facebook.

We hope you enjoy your holiday break. 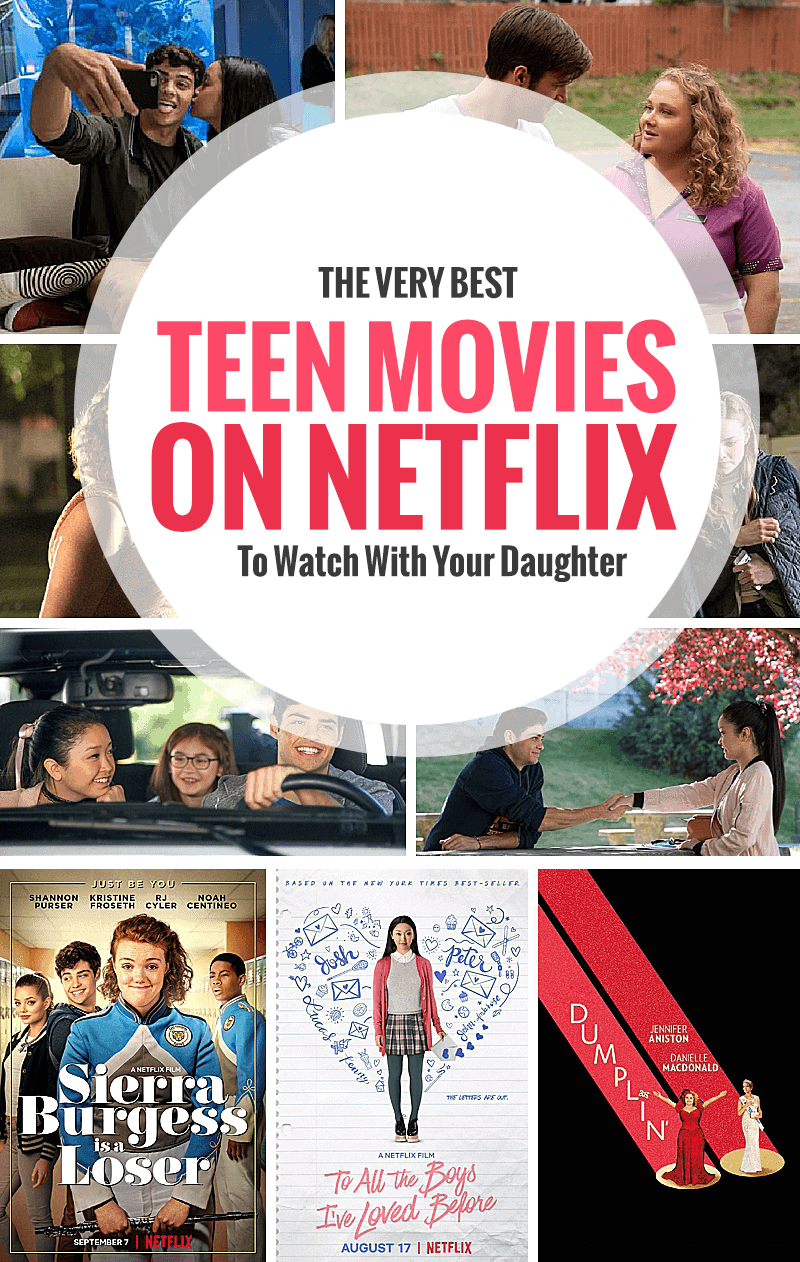