My seven-year-old daughter and I were out and about recently and she was playing with rocks.  Later that night and in the weeks following, a missed opportunity has haunted me. I knew it in the moment and still I couldn't think on my feet fast enough. What could I have said differently?

My daughter wasn't throwing the rocks; she was being creative with them.  Often when we are out in nature, she uses the opportunity to make things out of whatever she can find.  That day while my attention was focused on another activity, she was using these teeny tiny rocks to create outlines of shapes in order to pass the time until we could leave. 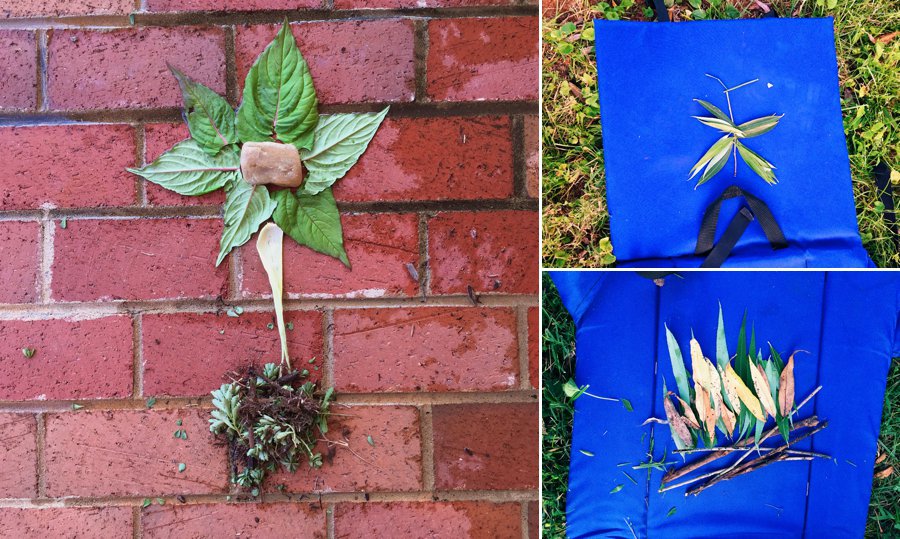 A girl about her same age approached us.  "Playing with rocks?" she asked derisively. "Why're you doing that? That's dumb!" She wasn't speaking to me, but I jumped in anyway.  Her tone was so hateful, so mocking, so contemptuous out of the blue.  I suppose a little bit of mama-bear bubbled inside of me.

But this was an opportunity and I didn't want to waste it.  Instilling imagination is highly important to me. I reined in all my irritation and cheerfully interjected, "Not if you have an imagination!"

"Ugh!" she huffed.  "I don't got one of those."  She marched off with a haughty attitude and took my heart with her, in a million shattered pieces.

Exactly a month earlier my daughter had handed me this piece of paper. 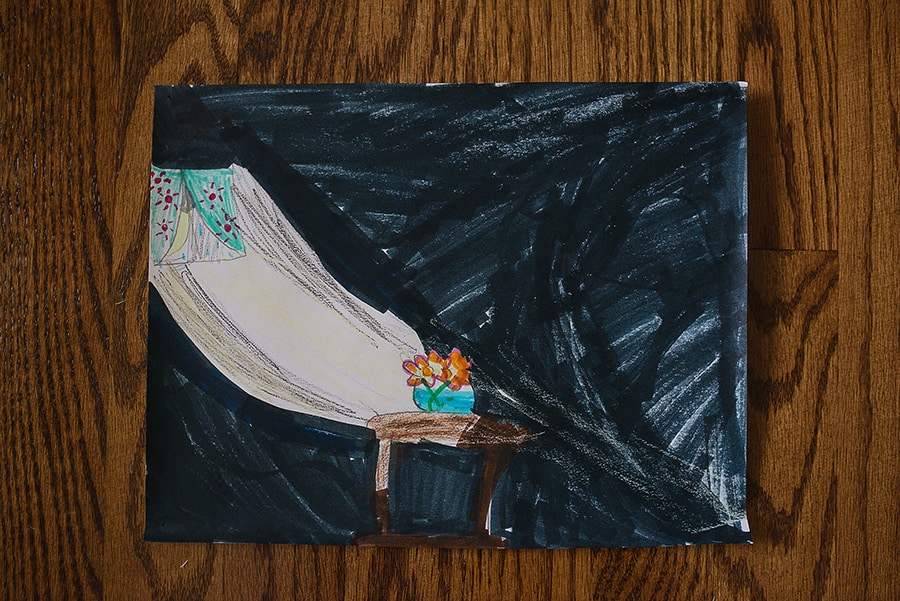 "Here," she said. "I drew this for you, Momma, because it's your favorite kind of light."

You see, I am a hobbyist photographer and spend a lot of time noticing the light around us. For a while I sat in my desk chair, speechless, as I held the piece between my fingers.  My seven-year-old with a "Gifts" Love Language had just drawn and colored a picture of the dramatic light that makes my artist-heart beat fast.  I talk about light quite often.  I simply cannot help it.  When light makes things beautiful, I gasp and look for someone to share in my joy at the sight.  It is easy to see what makes golden-hour light special; how it haloes everything with back-light.  What I did not expect was for her to be able to SEE this more moody, contemplative light that has drawn me this last year or so.  I had never tried to teach that to her. I never said it was my favorite. I didn't think she could tell one light from another.

She was absorbing nonetheless, noticing my expression, cataloguing my comments, and drawing a correct conclusion. Both photography (Seeing Light) and noticing the beauty in mundane life are such huge parts of my world, my focus. As my children, they are, by default, huge parts of their world as well. I try so hard not to let my pursuit of art interrupt their ordinary comings and goings, and yet, they have picked up on the differences in light that transform what our eyes see.  At such young ages, our children are capable of so much more than we give them credit for.

When we drove home that evening after meeting the girl without an imagination, I asked my daughter how it made her feel when the girl had not just dismissed but ridiculed her choice of activity. She was silent during the entire exchange and never spoke a word of it while we were there.  I expected that it had made her sad or embarrassed, but my daughter surprised me by sharing that in fact it had made her angry.  I told her it made me angry, too, but it had also made me really, really sad.

John Cleese, the English actor, writer, and comedian most notably of Monty Python fame, said "Creativity ... is not a talent, it is a way of operating. ... Creativity is not an ability that you either have or do not have."  In his famous talk on the subject, Cleese explained fascinating work by psychologist Donald McKinnon that observed one's capacity for creativity had nothing to do with intelligence.  Those who were most creative in their fields were those who had the ability to access a mindset of play, childlike play.  They had a willingness and ability to play with ideas like children play with rocks, exploring possibilities without any practical purpose or end goal in mind.  Just for the sake of it. For the fun of it.

As we drove home, I told my daughter that I was proud of her for not repaying harshness with harshness.  I praised her that of her own accord, she ended up playing with the girl without an imagination later on, even though I knew the style of play wasn't my daughter's favorite.  I also explained what had made me sad about the girl's initial statement about not having an imagination.

I told her that I believed we have all been given the gift of an imagination.  But unlike her, it is highly likely that precious little girl hasn't had anyone to pour encouragement into her soul.  No one has spoken life into her heart about using her natural wonder for creativity.  No one has affirmed and praised play for playing's sake with a hearty imagination. No one has looked upon something she made and called it good. And so that flame in her little heart has died to an ember that I can only hope one day can reignite with the proper wooing.  That had made me both angry and sad.  Then we talked about what she could do to help other little girls just like this if the situation were to occur again. 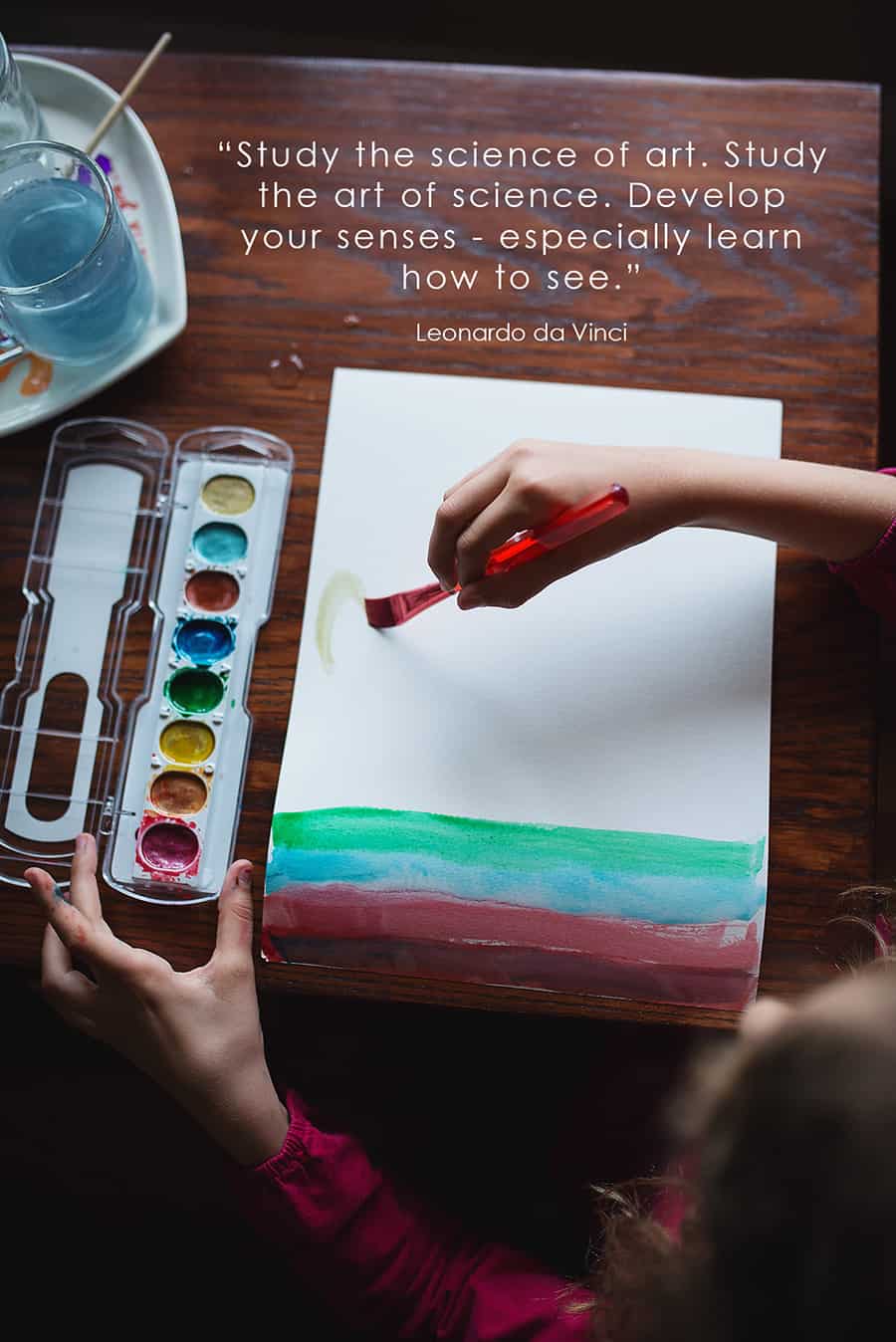 I replay that moment with the rocks over and over again in my mind.  What could I have said to the girl without an imagination in order to kindle her creativity flame, with kindness and courtesy?

I share this story of the contrast between two young girls, one who has been delighted in and encouraged to create without boundary and one who probably hasn't, in the hopes that it will awaken my and your eye to the other children we will meet who need this encouragement. There is much power in considering, pondering, anticipating how to react and respond in situations ahead of time.  When the real time comes, you do not second guess what the right or best thing to do may be.

I am teaching my daughter how to See.  I am teaching her to embrace Imagination and Creativity. But I can also be ready for the next opportunity, as slight and quick as it may be, to teach another little soul that her Imagination is a wonderful thing.  Next time, I can be armed and ready to show her where to look for it.

What would you say to that little girl without an imagination if she told you she didn't have one?

Share your thoughts in the comments below and let's discuss. 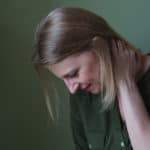 Carey Pace is a Natural Light Documentary Photographer and blogger who believes that beauty waits to be uncovered in the ordinary moments of everyday life. She chases creative motherhood, honesty and authenticity in her writing, and images that tell stories. She has an ability to capture the essence of her subjects, showing the reckless abandon of childhood. Her images are alive with both motion and detail. She lives in Virginia but her heart is always ready for a new adventure.

If this post resonated with you, you may enjoy reading these other articles by Carey:

Pin It for Later: 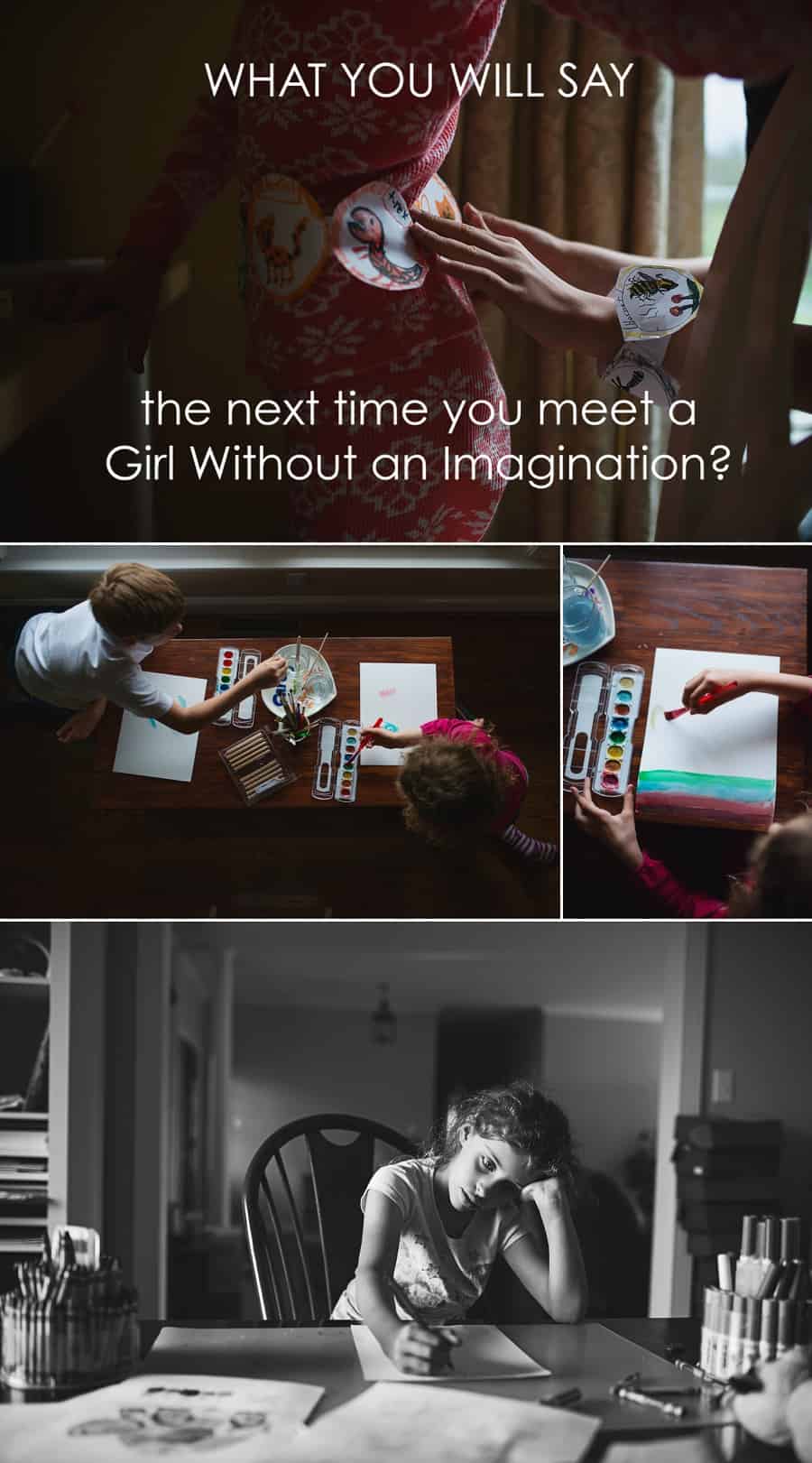 Navigating the world of parenting is not an easy task, but a very worthwhile one. Here are a few more inspiring posts sharing what we have discovered works for us - after all, we're all in this together! 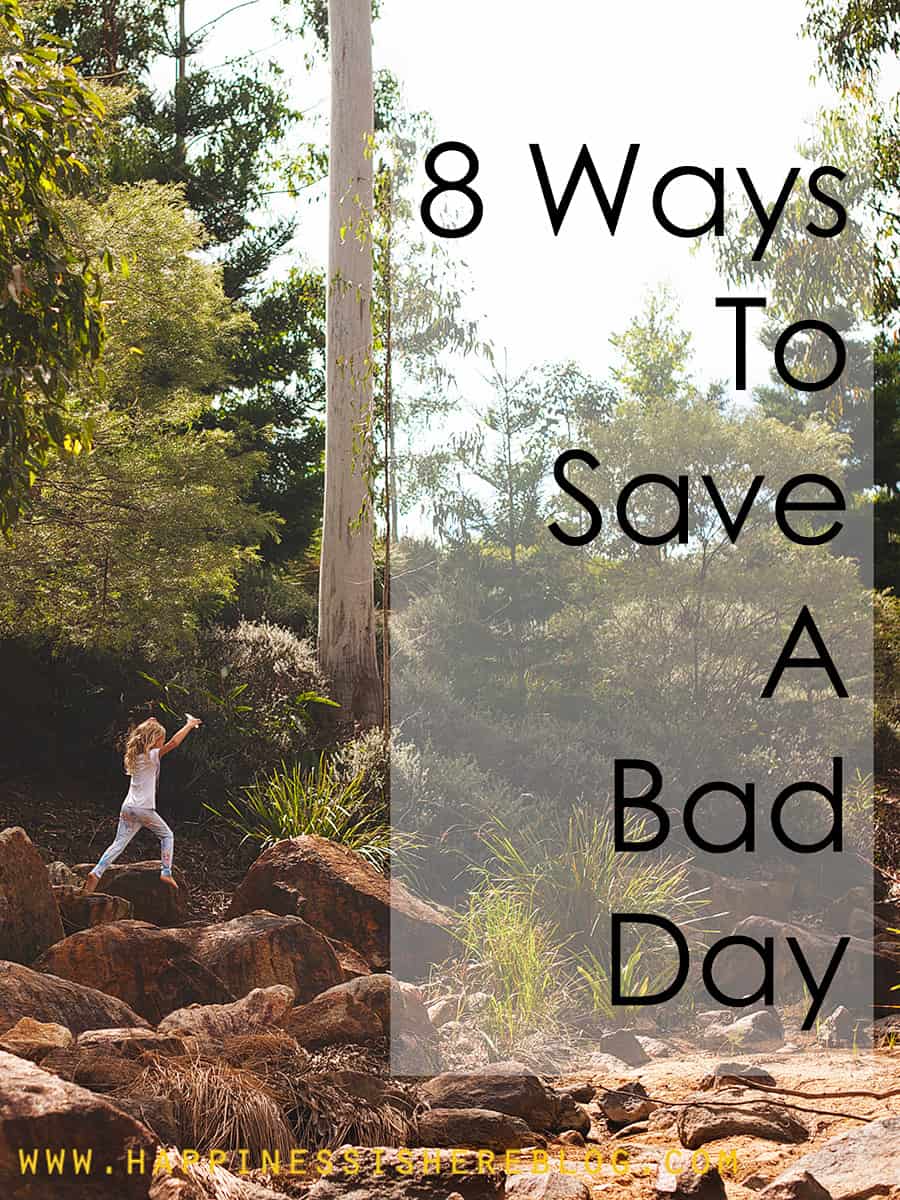 Mindful Parenting: Are You Telling me to Be Helpful or Hurtful? 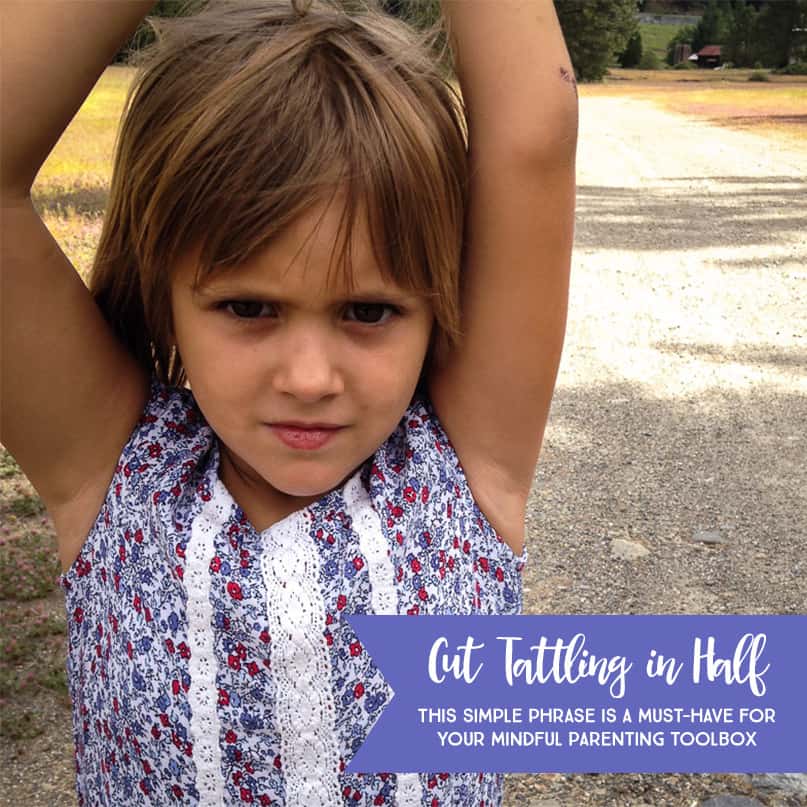