This creamy ham and potato soup recipe is a family favorite passed down from Grandma. This recipe is perfect for a chilly day; it is literally comfort food in a bowl.

Serve with a loaf of bread or classic Saltine crackers for dipping, and this potato and ham soup is the perfect family meal. Since it is a “one-pot dinner,” clean-up is a snap!

Handed Down Cream Of Potato Soup From Grandma

A while back, my mom gave me a collection of handwritten recipes. As I looked through them, I saw all of my childhood favorites. I now have a collection of secret recipes passed down from one generation to the next.

The catch? They’re all written in almost illegible cursive, and you have to, “read between the lines” because there isn’t a whole lot of detail on those tiny notecards!

The first time I made this potato soup recipe, I called my mother at least five times. This blog post is as much for me as it is for you! I want to make sure I keep track of ALL the tiny details of this recipe because it is one of my kids’ absolute favorites.

How to Make Creamy Ham and Potato Soup

If this is your first attempt at a creamy potato soup, don’t fret. I’ll walk you through the basics! 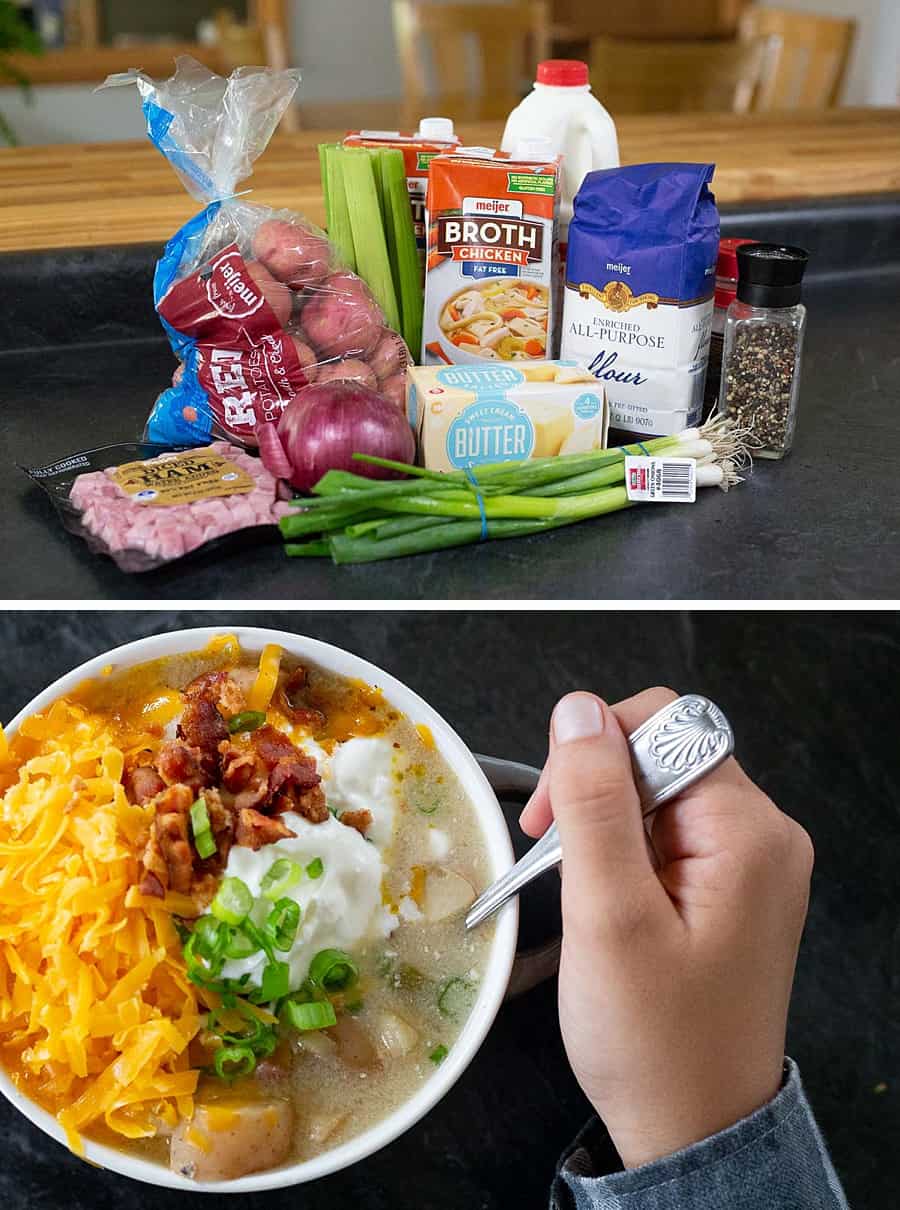 Here are the 1-2-3 basics of making a classic potato soup: 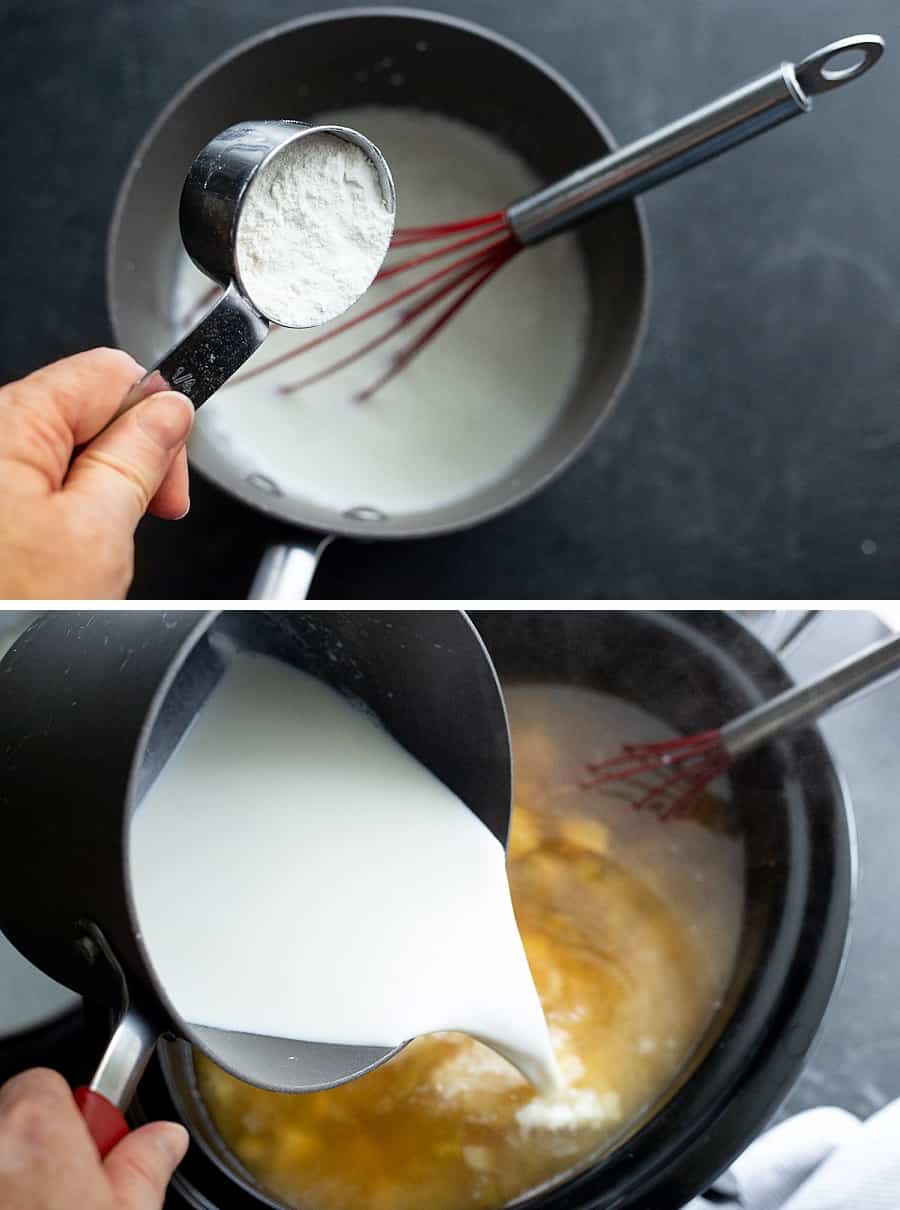 It is easy as that! Get a printable copy of the recipe below.

This classic potato soup recipe is one of our go-to dinners after a long day of cold-weather adventure. If you’re on the hunt for serious winter-weather comfort food, you’ve got to check out this slow cooker beef stew, too. It is a personal favorite.

There are certain winter staples that simply warm your soul. I admit I feel cliché even saying that phrase to you, but it’s hard to articulate that feeling. Family recipes that “take you home” no matter where you are or what your age. For me, Crock-Pot stew with big, fat, homemade egg noodles is one of those winter staples.

But for now, let’s get back to the potato soup! YUM.

Does your family love loaded baked potatoes? You can turn this simple potato soup into something GRAND with a few additional topping options. Serve the soup with sharp cheddar cheese, sour cream, and fresh bacon bits, and you’ve got loaded potato soup!

Get the Kids In The Kitchen

Chopping all the veggies and potatoes for this recipe is simple, but it’s the most time-consuming part of making potato soup. Still, I promise this homemade potato soup is worth it!

Get your children involved when making this recipe. It will save you time and, more importantly, it’s an excellent opportunity to bond with your kiddos.

Older kids can dice and chop, while younger kids can “chop” scallions (or chives).

When you’re making your creamy potato soup, dice the bottom, white portion of the scallions for the recipe itself, and then slice and reserve the green tops to use as your dish’s garnish later.

Give your little kid a pair of freshly washed scissors to have them chop fresh chives for topping the soup. Your children will be honored to participate. My tween STILL loves this task. There’s something oddly satisfying about it! 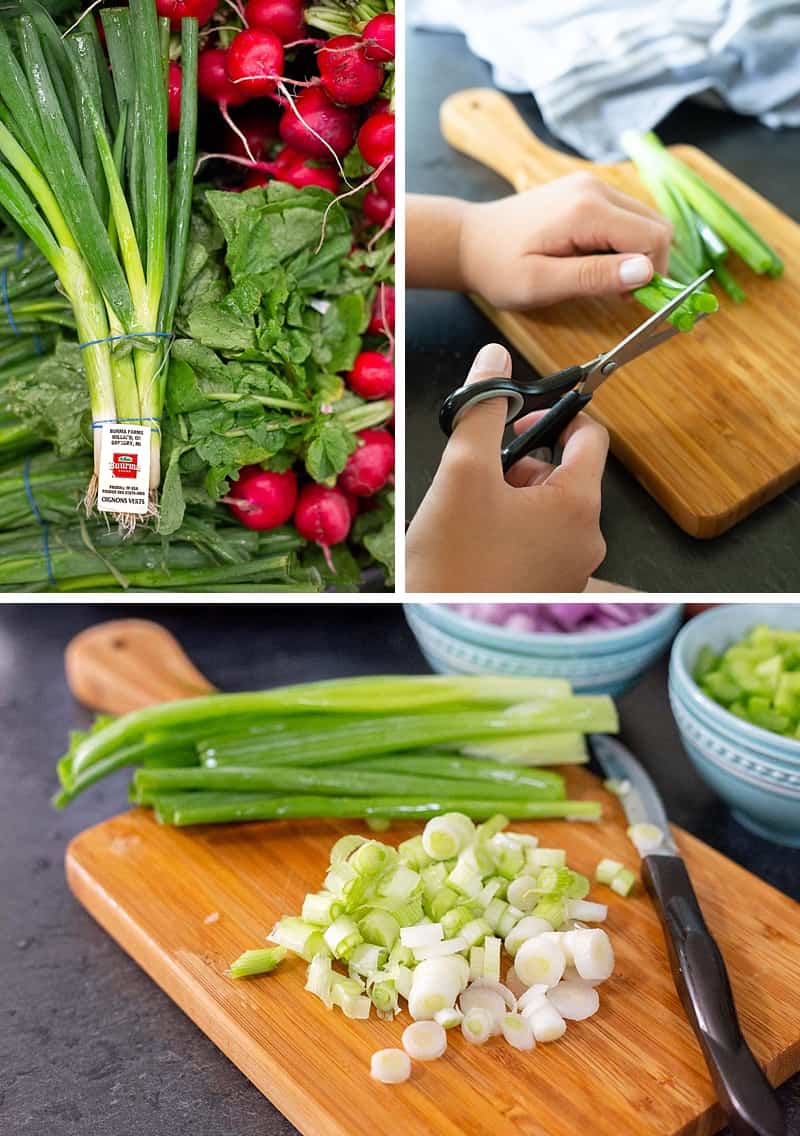 Whether you’re eating your potato soup, heart-warming chili, or slow cooker beef stew, adding some fresh scallions of green gives any recipe a nice POP OF COLOR right before serving.

That dash of green will take your potato soup visually from dull to WOWSVILLE in a mere sprinkle.

What to Serve with Potato Soup

Potato soup is a whole meal unto itself, so you don’t need much! A nice loaf of crusty French bread cut into thick slices is great for dipping into a creamy soup recipe. Traditional Saltine crackers or mini oyster crackers are great too.

If you feel compelled to offer more, here are all of our family’s favorite things to have with this soup:

I promise, if you have this ham and potato soup simmering when you’re kids come in from the cold, you’re guaranteed a smile whether you serve a side or not! 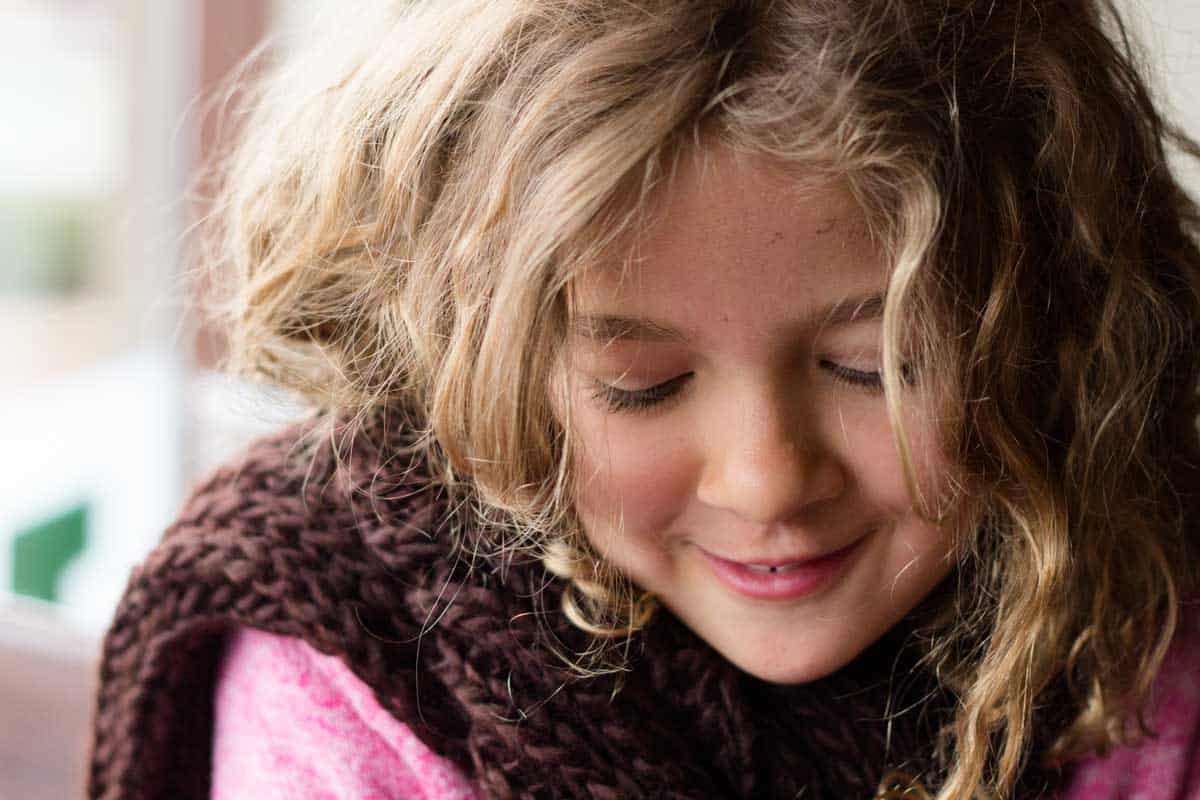 Love this ham potato soup recipe post? Sharing it would make our week. ?

It would make our week if you took a second to share this recipe on your favorite social media spot. (That’s how we know we’re on the right track and should continue writing more posts like this!)

« How to Cook a Turkey in a Bag + a DELICIOUS Champagne Turkey Recipe!
The BEST Parent-Tested Board Games for Kids of Every Age »

#ad "Santa, I can explain." 🐾 This cutie couldn

Do you put whip cream on apple cider? We’re a li

💛 that these allow me to focus on my family mor

I believe in PJ movie parties. I believe the answe