Today we are honored to welcome the lovely Laura Lawler to Let’s Lasso the Moon.

My mom lived two thousand miles from “home” when she gave birth to my older sister, Ellen, in a suburb outside of Chicago. It was 1968 and my parents had been married for less than a year. My dad had finished college in Montana the year prior; my mom had grown up on a farm in Idaho. Money was tight as young newlyweds, so travel back to Montana or Idaho to visit family was out of the question. When Ellen was born, Grandma took the train from Idaho to Chicago to help my mom for a month, but then she had to return to her endless duties on the farm. So there was my mom, alone each day in a tiny apartment with her 5-pound baby.

I asked her how she managed, and I imagined many teary phone calls home to the farm. But of course, this wasn’t possible. In 1968, there was this thing called long distance phone rates, and only the fabulously wealthy would just pick up the phone and make a casual call across five states in the middle of a Tuesday. 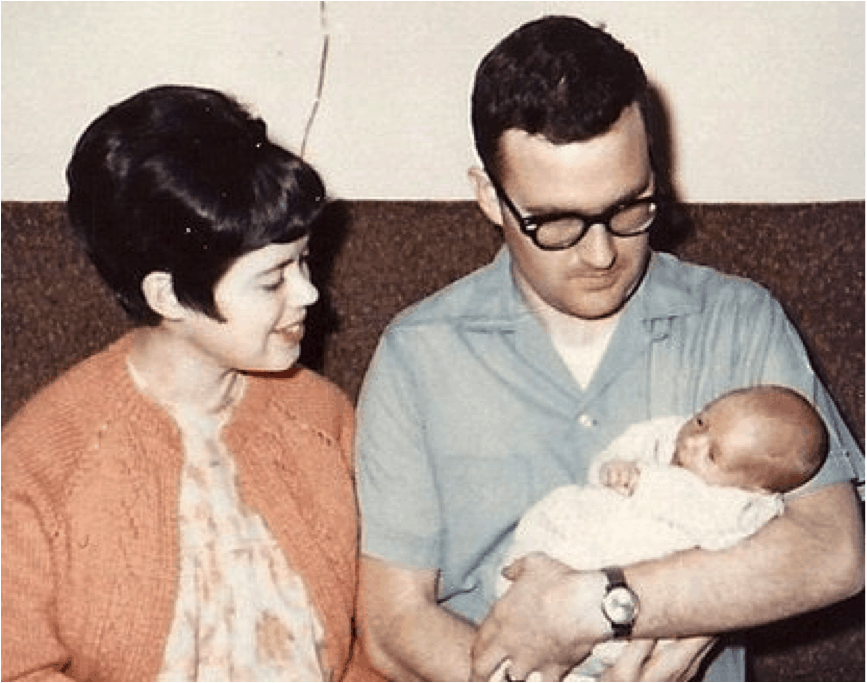 Mom said Grandpa allowed Grandma to call once a week – usually on the weekends – and they kept the calls short and to the point. Daytime, weekday phone calls were for emergencies only. Mom soon got to know the downstairs neighbor, Sandy, whose son was just two months older than Ellen. Sandy would bring meals up to share with Mom and Dad when Sandy’s husband, an ornery fellow who literally graded Sandy’s cooking, would refuse to eat what Sandy had made. Mom’s social circle during that lonely first year of motherhood revolved around her little apartment building and the walk to the Laundromat down the street.

Fast-forward thirty-five years. In 2003 I gave birth to my first son, and we lived 1100 miles from my parents, who had retired to Montana, and roughly the same distance from my husband’s family in Massachusetts. We were living in a small town in central Wisconsin and had only lived there for a year and a half; we knew few local people and the people we considered our closest friends were scattered all over the country. So, repeating my family’s history, I was mostly alone with a brand new baby.

I could have spent my days (and those terminally long, colicky nights) weeping into my giant glasses of chocolate milk, but instead I found comfort and camaraderie with a group of women I met online.

Just a few weeks after my positive home pregnancy test, I logged onto Babycenter and joined the September 2003 birth board, where I found a slew of women from around the world all struggling through first trimester morning sickness, worrying over strange cramping, and anxiously waiting for that gender-revealing ultrasound. I mostly lurked throughout the pregnancy, not yet compelled to jump into discussions, even while I was beginning to find myself reading with increasing fascination about the lives of strangers who were about to embark on the same journey as me.

Initially, I had no interest in getting involved in conversations about cloth diapering or heated arguments over circumcision. The anonymity of our usernames (mine was originally “Ginsu’sMom,” reference to our beloved cat and only “baby” at the time) allowed members to speak freely, and sometimes harshly, in matters of opinion. Nasty fights would frequently break out and members would dramatically flee the board. I found it all terribly silly, juvenile, and… addictive. As my due date approached, I found I had to log in multiple times a day to check on the likes of Metalbot, MyTinyDancer, Skins…have their babies arrived? Who was overdue, like me? By then I’d given up on lurking and was quickly becoming one of the regulars on the board.

Those ladies, none of whom I’d yet met in real life, were my lifeline during those last two unbearably long weeks of waiting for my guy to make his appearance, and then even more so during the four bleary, sleep-deprived months of colic after Jake entered the world, literally screaming with his first breath. I found comfort in the support of my fellow moms, many of whom were facing similar struggles. Whether it was two in the morning or two in the afternoon, there was always someone on the board to lend an ear or at least distract me, momentarily, from my own self-pity. 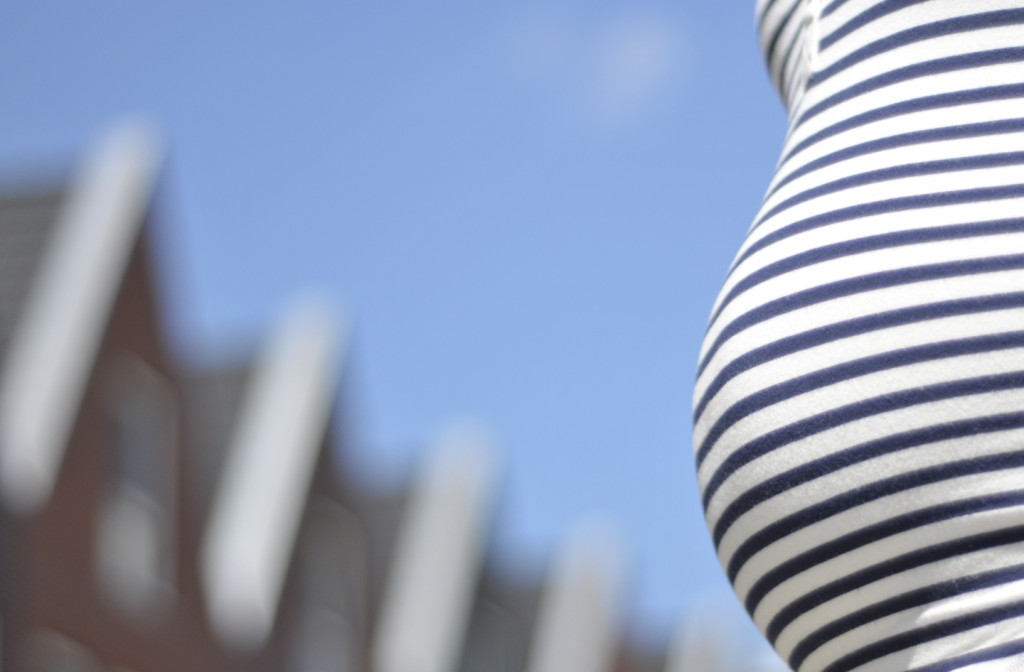 Our group of moms (and it was, unfortunately, only moms – there had been a dad in the early months, but he quickly faded away into obscurity) banded together and created our own private message board, away from Babycenter, and we named it Blue Moon in honor of the rarity, and the treasure, of our unusual friendships.

I cherished these new relationships, but I also worried that the time I was spending online was preventing me from forging “real” relationships, out in the real world.

I had real-life friends, of course, and some of them had children close in age to my own. But as my son grew from helpless infant to curious toddler, I found myself a prisoner to his schedule – eating, napping, pooping – and I found it was much easier to nurture those online friendships than it was to try to work the real world into my son’s very particular schedule.

Most of my real-life friends at the time knew very little about my Blue Moon friends; I feared they’d roll their eyes and silently judge me for surely being suckered into some kind of online scam on desperate, lonely new moms.

By the time Jake was two, my Blue Moon moms were as much a part of my life as my own family, and I flew out to Las Vegas for a meet-up with about thirty of my online friends. It was one of the first things I’d done for myself since Jake was born, and it felt wonderful to realize I did, indeed, have an identity apart from “mom.” I was also a friend; a person who appreciates a stiff drink and a silly comedy; an adult with a penchant for double entendres; and – yes – even a woman, a woman who likes to occasionally wear clothes that would be impractical for toting around giant, gangly toddlers who stash Cheerios in their cheeks and have frequent diaper blowouts. My friends helped me rediscover pieces of me that had been dormant for a few years. I felt alive. 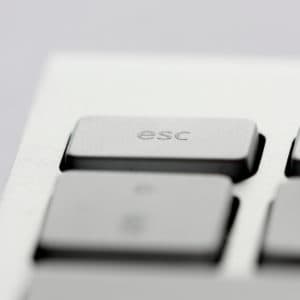 My husband bemoans the fact that the Internet has created a place for everybody; however odd or perverse your interest, there’s a place for you somewhere in cyberspace. It used to be, he says, if you were into filing your teeth into vampire fangs or collecting specimens of hedgehog taxidermy, you either quietly pursued your interest from the isolation of your dank basement or you had to work – really work – to find some kindred spirits. Otherwise, you still had to learn to negotiate the “real world.” Now, with a Google search and click, you will instantly locate a thousand others who share your passion and are ready to give their expertise and companionship.

My husband thinks this has created a closed culture; we no longer feel the need to try to understand one another and our individual eccentricities because we can always find like-minded people in cyberspace.

I like to take a more positive spin on this state of affairs, though. I see people building relationships inside these “isolated” communities and expanding their worlds within them.

My Blue Moon friends may have a lot in common with me – we’re relatively close in age, place in life, and even socio-economic status – but I’d hardly say we’re all cut from the same cloth. One of my dearest friends – Mother2Goose – is nearly my polar opposite in every way imaginable. She’s a southern girl through and through; I was born and raised in Idaho. She’s a highly successful, extremely ambitious lawyer; I’m primarily a stay-at-home mom and ne’er-do-well writer. She’s politically conservative – a card-carrying Republican; “pinko commie” is how my mom (fairly accurately) describes me. She’s a tall, blonde bombshell; I’m… well… not. No matter. I’d throw myself in front of a bus for her, and I’m eternally grateful for the support she’s shown me over the years, in spite of our differences. I’d have never met her, or even the likes of her, in the Real World, and my life would be less for it.

As my family’s life, and the lives of my friends, have continued to grow in complications with the ever-changing needs of older children, our communication with one another tends to be more sporadic.

Gone are the hourly discussions over the day’s minutiae; now we turn to one another for serious advice and compassion as our kids enter tween-age and approach puberty and as we expand our careers, hopes, and dreams and we try to strike that delicate balance between our needs and wants and those of our family. Some of us have experienced dissolving marriages, failing health, death of loved ones, employment woes, financial hardships. We turn to each other in these moments of crisis; we help each other through the big stuff. 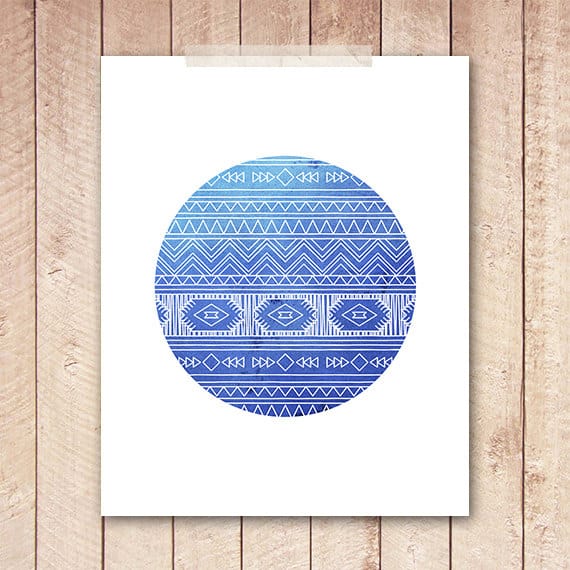 I wouldn’t trade my Blue Moon ladies for anything, but I do wonder sometimes how things might have played out had the Internet not been there for me in those first crucial months of motherhood. When Jake was a toddler, we briefly lived in New Hampshire and were neighbors to a family with a daughter, Samantha, who was just a few months older than Jake. Our baby monitor sometimes picked up Samantha’s baby monitor, and we’d hear Norah Jones softly playing on repeat, all night long, in Samantha’s nursery.

To this day, Norah Jones makes me think of little Samantha and I wonder if she, too, now ten, gets drowsy as soon as she hears the first notes of “Don’t Know Why.” I’ll never know, of course. I never spoke to Samantha’s mom about it; I hardly knew her. A missed opportunity at a real life connection? Perhaps. Might I have forged a bond with her, like my mom did in 1968 with her downstairs neighbor, if I hadn’t been so busy posting pictures on the Blue Moon board of Jake’s attempts at using the potty? Maybe. It might be worth noting, though, that my mom forever lost touch with Sandy after my parents moved back to Idaho…

So, who do you turn to when your child spikes a fever and ends up in the hospital with pneumonia? Or when your newborn’s colic is making you question your sanity – or your decision to have children in the first place? If you’ve made it through those first trying years, who do you commiserate with when you’ve found that your hobbies/identity/marriage/career have taken a backseat to your children’s soccer practice/piano lessons/ski team/hockey games? Is it a friend? Family member? Neighbor? Co-worker? Online community?

Laura spends an inordinate portion of her time wondering where did all of this laundry come from.  When she’s not folding underwear or carting her boys to swim practice, she’s working on her first novel. 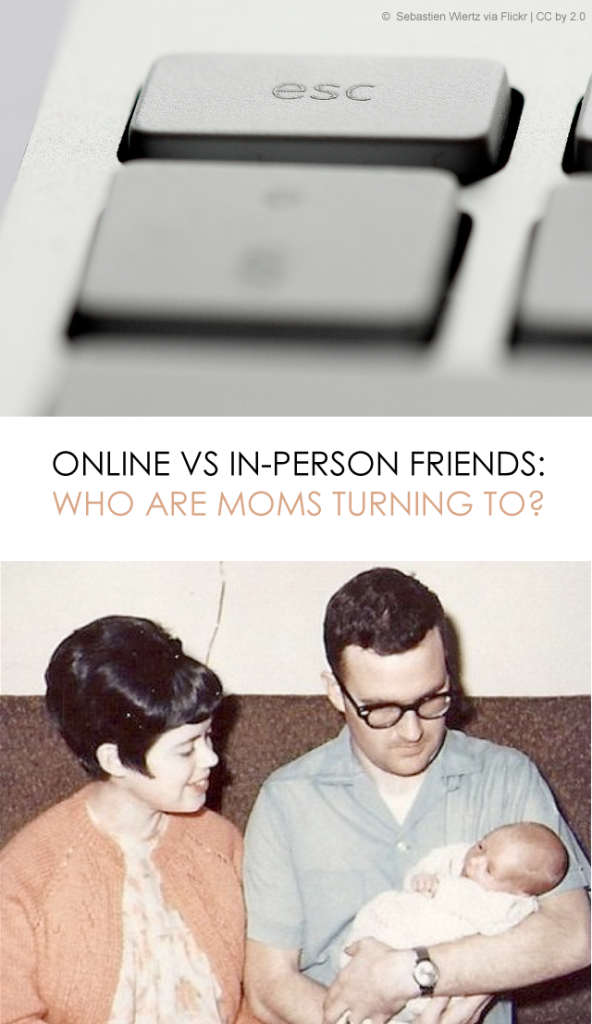 « 5 Ways to Inspire Wanderlust in Children
The Risk of Injury »